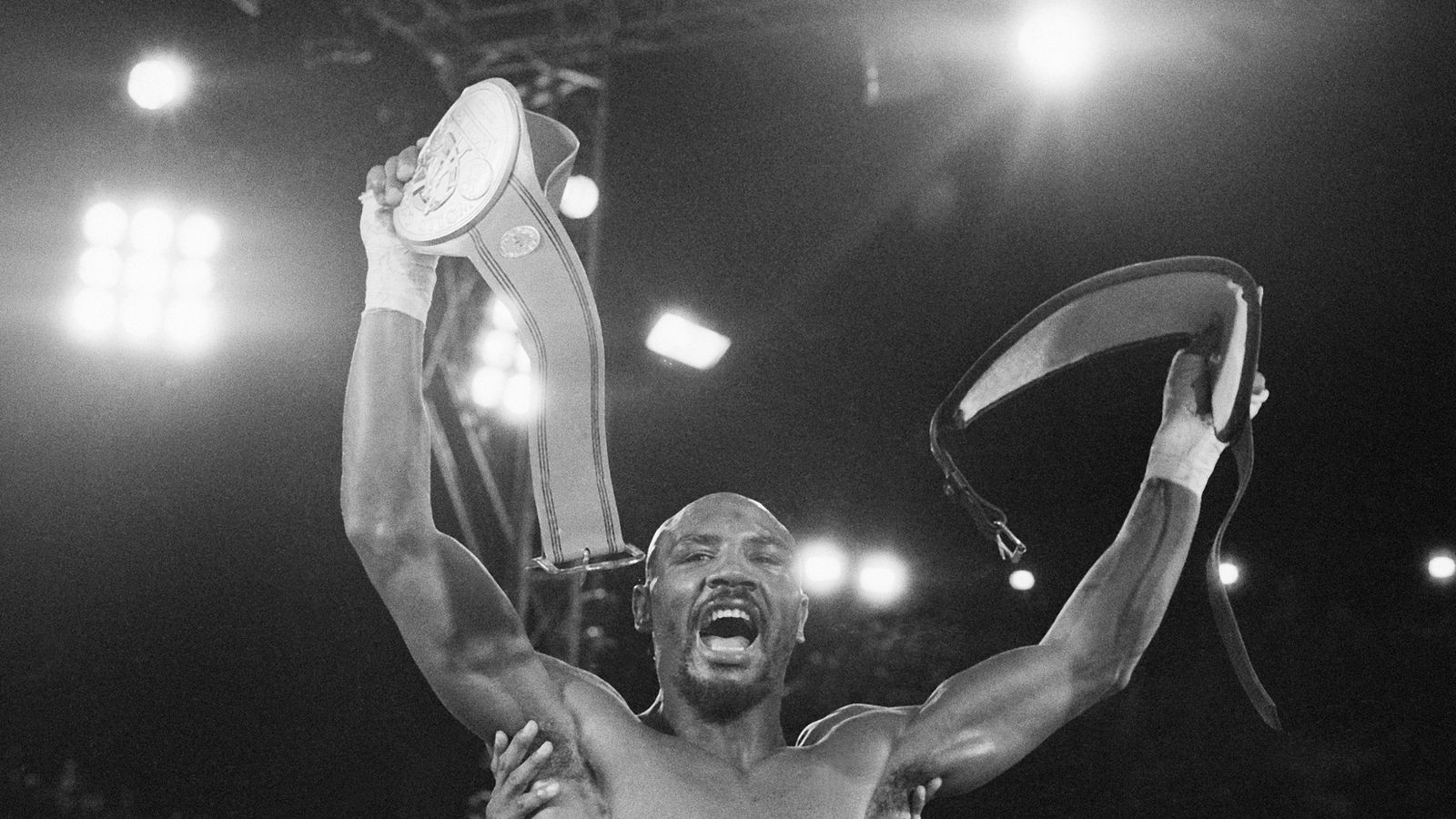 “Marvelous” Marvin Hagler – the former undisputed world middleweight champion – has died at the age of 66.

On Saturday, his wife Kay said: “I am sorry to make a very sad announcement. Today unfortunately my beloved husband Marvelous Marvin passed away unexpectedly at his home here in New Hampshire.”

Hagler had ruled the division from 1979, but was dethroned following a controversial defeat by Sugar Ray Leonard in 1987.

He was only knocked down once during his professional career, and defended his middleweight crown 12 times.

The former WBA and lineal featherweight world champion Barry McGuigan tweeted: “Shocked and deeply saddened to hear of the passing of the incredibly Marvelous Marvin Hagler.

“I’m honoured to have spent some amazing times with him. My heartfelt sympathies to his wife Kay and his family. Rest In Peace Champ.”

Eleven-time world champion Oscar De La Hoya described Hagler as “one of the greatest to ever step in the ring”.

Hagler retired from boxing in June 1988 with a record of 62 wins, two draws and three defeats.

In 2019, he said he hoped that the sport would return to one world champion per division in his lifetime, adding: “They have these three or four belts, I was only looking for one. Years ago, guys like Carlos Monzon, Bennie Briscoe, Emile Griffith, all of us were fighting for one belt.

“Now you’ve got the WBA, the WBC, the IBF (and the WBO) – they say it’s like the alphabet boys.

“If (a fighter) loses a fight or loses a belt, they can always go to another organisation and try for that belt.”