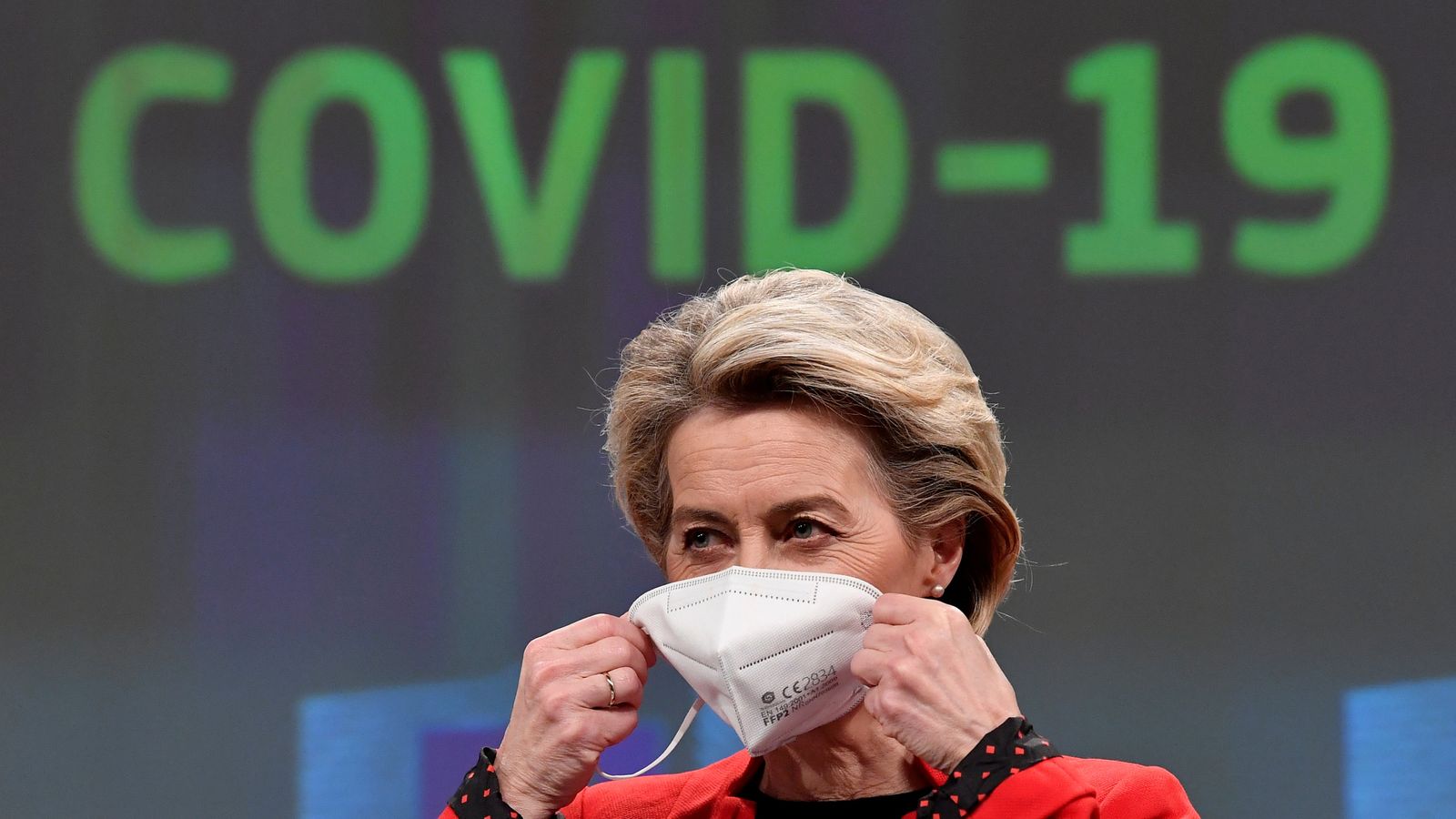 Defence Secretary Ben Wallace has warned any bid by the EU to block coronavirus vaccine exports to the UK would be “counterproductive” and damage the bloc’s reputation globally.

He made his comments as EU Commissioner Mairead McGuinness refused to rule out a ban, saying that “everything is on the table”.

Latest live COVID updates from the UK and around the world

The war of words comes amid growing frustration in Brussels that the EU is not getting the supplies it expected of the AstraZeneca vaccine from the British-Swedish manufacturer.

Many European countries are experiencing a surge in infections amid the slow vaccine rollout, with France and Italy among those forced into new restrictions.

He said: “If contracts and undertakings get broken, that is a very damaging thing to happen for a trading bloc which prides itself on the rule of law.

“It would be counterproductive because the one thing we know about vaccine production and manufacturing is that it is collaborative.

“If we start to unpick that, if the Commission were to start to do that, I think they would undermine not only their citizens’ chances of having a proper vaccine programme, but also many other countries around the world with the reputational damage to the EU, I think, they would find very hard to change over the short-term.”

Ms McGuinness said no decisions had been taken but EU leaders would consider the matter when they meet on Thursday.

Speaking to The Andrew Marr Show on the BBC, she said: “European citizens are growing angry and upset at the fact that the vaccine rollout has not happened as rapidly as we had anticipated

“Both the EU and the UK have contracts with AstraZeneca and my understanding is the company is supplying the UK but not the European Union.

“We are supplying the UK with other vaccines, so I think this is just about openness and transparency.”

She added: “The leaders will meet this week and they will make an assessment of the current situation about the rollout of vaccines and perhaps make decisions.

“As the president of the commission said herself, everything is on the table but there is no decision.”