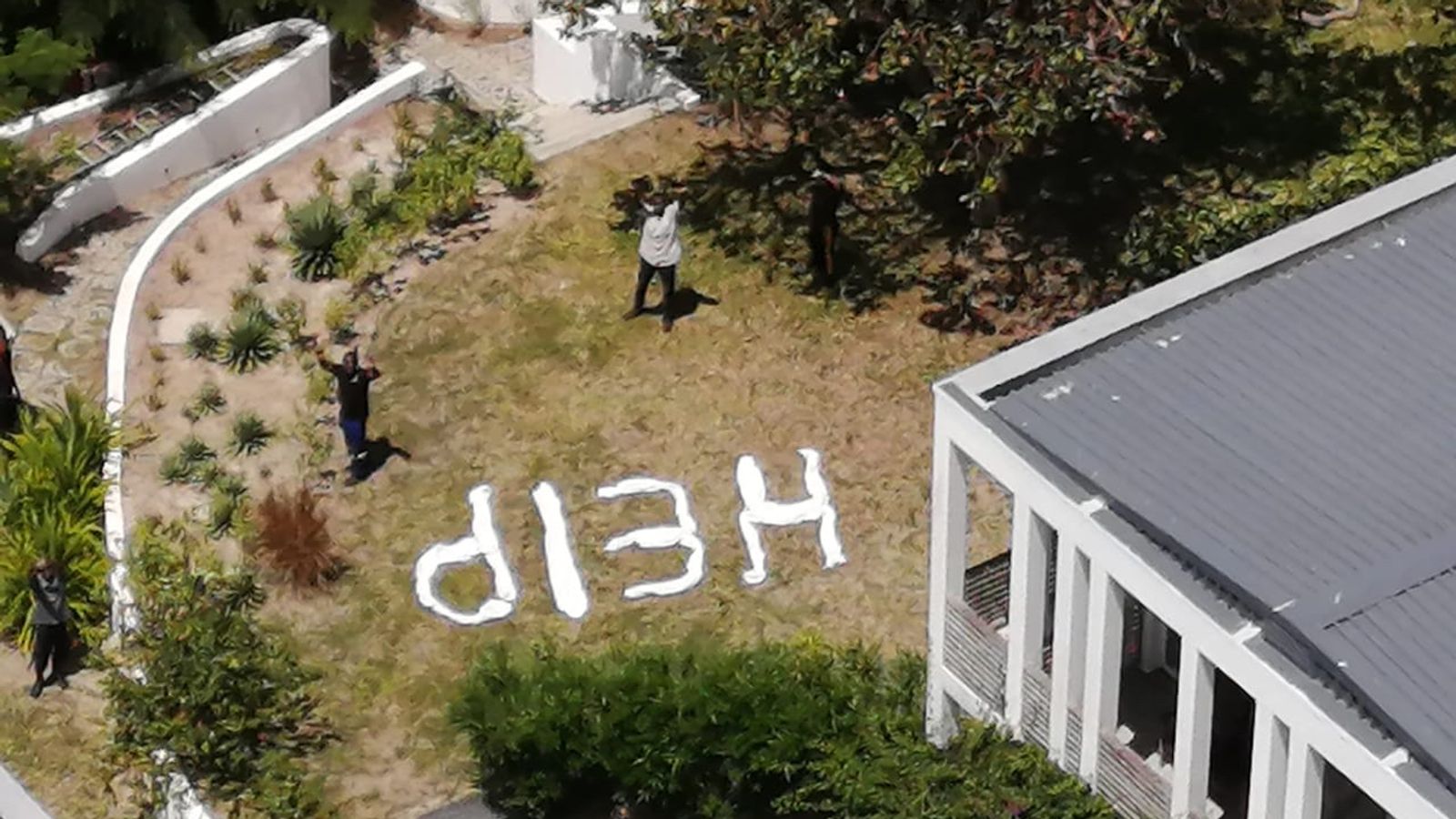 Mozambique is in the throes of an insurgency by Islamic State-linked militants, which has left a British man among those killed.

Dozens were killed in an attack last month in the town of Palma – with Briton Philip Mawer among them.

The first pictures of the attack by Islamist militants on the northern Mozambique town of Palma show scenes of absolute carnage and a hectic rescue mission to save survivors who were being hunted down by insurgents.

The bodies of people murdered after being pulled from cars and lorries are littered across the town.

A series of photographs and videos, passed exclusively to Sky News, are the first glimpse at the scale of the assault on the town of 52,000 people by the militants who are aligned to Islamic State.

The attack had been predicted by analysts for weeks.

The insurgency in the north of the country has been growing since 2017 and Palma, just six miles from Africa’s largest gas production facility, was already surrounded and effectively cut off.

It is feared this attack is just a precursor to a larger insurgency spreading south throughout the country.

Eyewitnesses say the militants launched a series of attacks on outlying villages ahead of the main assault, causing civilians to flood into Palma to find safety.

The militants infiltrated the people heading into town and then attacked military positions.

“The Mozambique army was completely caught off guard, they were being attacked from the inside,” a security analyst who did not want to be named told Sky News.

“They didn’t know which way to turn, some just abandoned their positions and ran,” he said.

The pictures show clouds of smoke billowing from military installations, banks and shops as the militants worked their way through the town looting and killing.

Terrified civilians ran for cover in any compound they could find.

From the air, groups of people waiting for rescue, can be seen next to messages fashioned from stones and sheets and written on the ground. “Help” and “SOS” are the most visible.

The militants continued to launch a series of attacks and ambushes on government forces attempting to enter the town.

Videos show helicopters of the Dyck Advisory Group, a private armed contractor hired by the government, landing and attempting to rescue people who survived the initial assault on 24 March.

The helicopters could only take a few people at a time, and so each rescue mission involved multiple trips, all the time under fire.

Sky News understands that the DAG helicopters were also tasked with retrieving the bodies of people who had attempted to escape.

Photographs and videos show cars overturned and broken on the main road to the town’s beach.

They had been part of an escape attempt by a convoy of cars from the Amarula Lodge hotel, popular with expats.

The convoy was attacked as soon as it left the hotel compound’s front gate and turned right.

The vehicles then turned left on to the main road to the beach, where, travelling at high speed, they were ambushed again.

Amongst the bodies recovered was British born Phil Mawer, the country manager of RA International in Mozambique.

Only a handful of more than a dozen cars involved in the daring escape made it to a beach rendezvous point. Four can be seen abandoned on the water’s edge.

Analysts say this was a sophisticated and well thought out attack.

A large vessel beached itself in shallow waters as the main assault began.

It is believed it was carrying supplies of ammunition and weapons for the insurgents who were seen visiting and revisiting the ship throughout the period of the attack.

Another sequence of photographs show men in uniforms calling for the DAG helicopters to land.

The pilots, apparently suspicious, landed away from the men who immediately disappeared into a wood where a large group of insurgents were gathered.

Sources say they believe it was an attempted ambush on the helicopter crew.

Thousands of people have now escaped from Palma, but hundreds remain, many of them pleading for access to the fortified oil production facility six miles from the town and operated by the French company TOTAL.

The facility is now in the hands of the military and the TOTAL staff have all been evacuated.

Many fear that this was a so-called “Spectacular” operation by the insurgents and could indicate an ultimate ambition by the militants to spread further south.

DAG operations have now ceased in the area along with their helicopter support after their contract came to an end.

The company’s owner, Lionel Dyck, gave a bleak assessment of the future.

“I fear that without airborne rapid reaction, and good ground force occupation, many people may fall victim to the insurgency – as it will sweep the south,” he said.