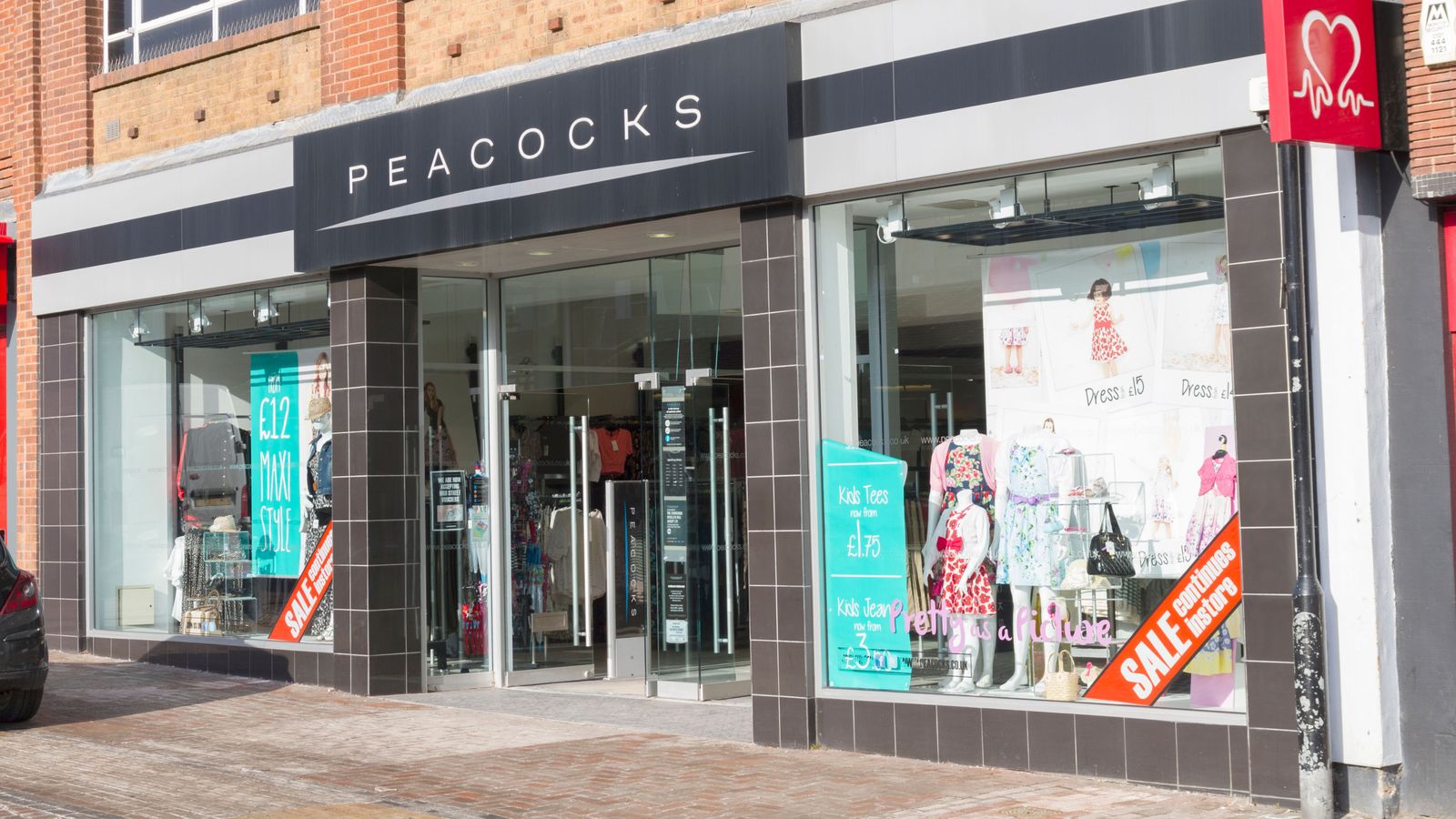 Thousands more high street jobs are to disappear as part of a deal that could nonetheless salvage approximately half of the workforce at the stricken clothing chain Peacocks.

Sky News has learnt that up to 200 of the chain’s 400-plus stores and 2000 jobs will be saved by an investment consortium which has agreed to back Steve Simpson, the chief operating officer of Peacocks’ sister company, Edinburgh Woollen Mill.

The precise number will depend on the outcome of talks with Peacocks’ landlords and suppliers, according to people close to the deal.

The deal, which will be announced on Tuesday, will effectively mark the end of the retail tycoon Philip Day’s direct involvement in the British retail sector.

Mr Day, who is understood to have become seriously ill with COVID-19 in recent months, placed his Edinburgh Woollen Mill Group empire into administration in November following the enforced closure of thousands of shops.

The tycoon, who has now largely recovered, has agreed to support the Peacocks transaction with a deferred loan to the new owners.

He is now expected to focus on his business interests in other sectors outside retailing.

The Sunday Times reported at the weekend that Mr Simpson was close to striking a deal to reopen a number of Peacocks’ shops.

The transaction, which has been orchestrated by the administrator, FRP Advisory, will follow months of on-off talks with the Sports Direct tycoon Mike Ashley.

It comes as Boris Johnson prepares to confirm on Tuesday that ‘non-essential’ retailers will be allowed to resume trading from April 12.

Other parts of Mr Day’s empire, including the EWM and Bonmarche chains, have already been sold to a vehicle controlled by Mr Simpson, although the Peacocks deal is understood to have been conducted with a different entity.

Jaeger, another brand that was previously part of Mr Day’s group, was sold to Marks & Spencer.

The identity of Mr Simpson’s backers in the Peacocks deal was unclear on Monday.

A spokesman for Mr Day declined to comment on Monday, while FRP could not be reached for comment.