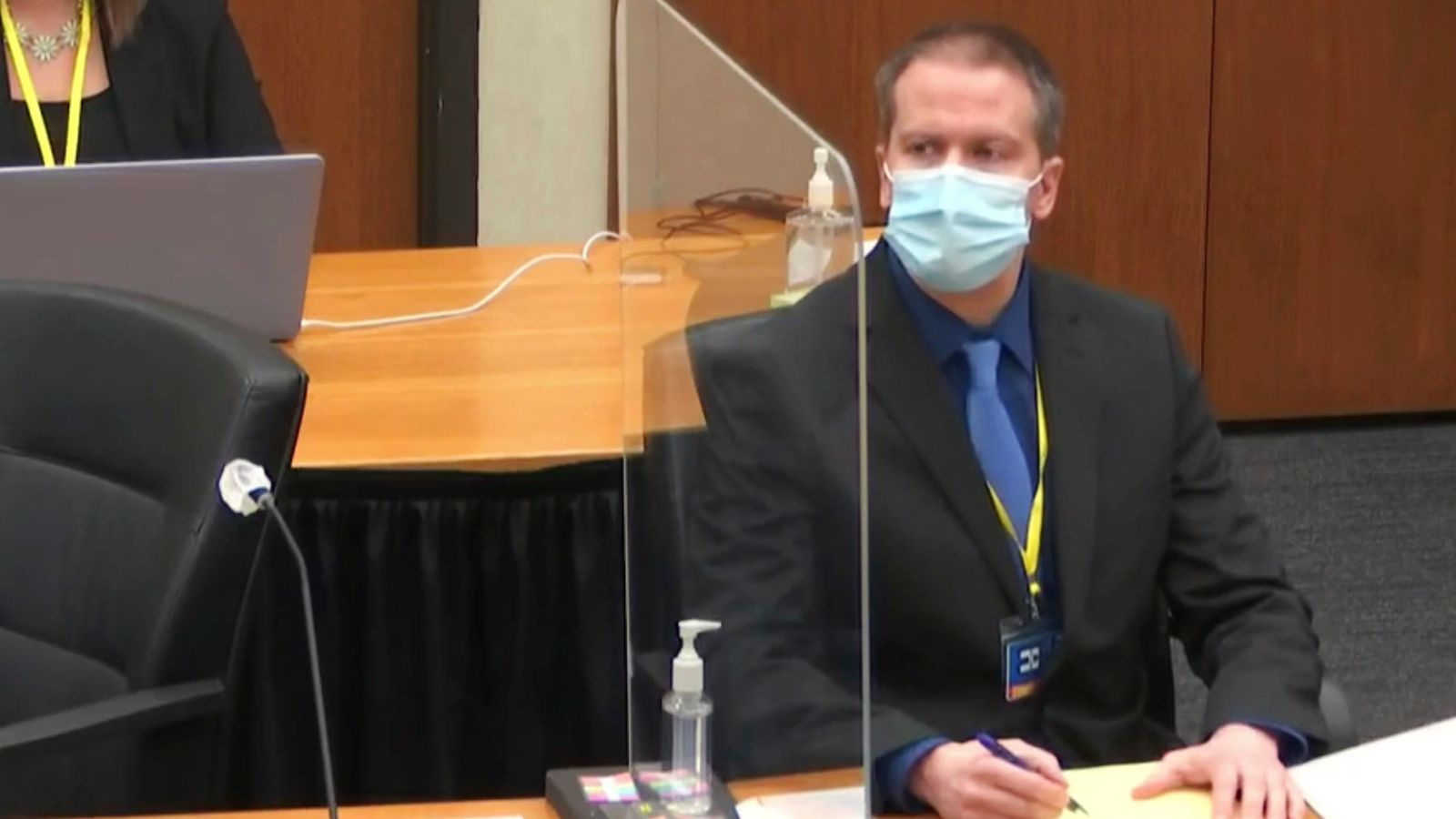 The use of force against George Floyd should have stopped once he had been arrested and handcuffed, ex-cop Derek Chauvin’s murder trial has heard.

Use-of-force expert Jody Stiger, a Los Angeles Police Department sergeant serving as a prosecution witness, said that based on his review of video evidence, Chauvin‘s knee was on Mr Floyd‘s neck from the time officers put him on the ground until paramedics arrived – about nine-and-a-half minutes, by prosecutors’ reckoning.

George Floyd Killing: The Trial – Follow live continuous coverage of court proceedings in the trial of Derek Chauvin on our website, app, YouTube and Sky Pop Up Channel on 524

Chauvin, 45, is charged with the second and third-degree murder and manslaughter of Mr Floyd, following his death on 25 May last year.

Mr Floyd, 46, had been arrested after being accused of trying to use a counterfeit $20 bill to buy cigarettes in a neighbourhood shop in Minneapolis.

A panicky-sounding Mr Floyd struggled and claimed to be claustrophobic as officers tried to put him in a police car, and instead put him down on the pavement.

Bystander footage of Mr Floyd crying that he couldn’t breathe, as onlookers yelled at Chauvin to get off him, sparked protests across the US and around the world – and triggered a reckoning over racism and police brutality.

At Chauvin’s trial on Wednesday, prosecutor Steve Schleicher showed jurors a composite image of five photos taken from various videos of the arrest.

Mr Stiger went through each photo, saying it appeared the Minneapolis officer’s left knee was on Mr Floyd’s neck or neck area in each one.

“That particular force did not change during the entire restraint period?” Mr Schleicher asked.

His testimony came a day after Chauvin’s lawyer Eric Nelson sought to point out moments in the video footage when, he said, Chauvin’s knee did not appear to be on Mr Floyd’s neck.

Mr Nelson has argued that the officer, who was sacked after the incident, “did exactly what he had been trained to do over his 19-year career” – and he has suggested the illegal drugs in Mr Floyd’s system and his underlying health conditions are what killed him, not Chauvin’s knee.

Mr Nelson has also contended the officers on the scene perceived the onlookers as an increasingly hostile crowd and were distracted by them.

On Wednesday, Mr Stiger told the jury, “I did not perceive them as being a threat,” even though some onlookers were name-calling and using foul language.

He said he thought most of the yelling was due to “their concern for Mr Floyd”.

In his cross-examination, Chauvin’s lawyer noted dispatchers had described Mr Floyd as between 6ft and 6ft 6ins tall and possibly under the influence of something, possibly drugs.

Mr Stiger agreed it was reasonable, therefore, for Chauvin to arrive with a heightened sense of awareness.

And he suggested that when Chauvin told Mr Floyd to “relax,” he was trying to calm him down and reassure him.

According to evidence and records submitted on Tuesday, Chauvin took a 40-hour course in 2016 on how to recognise people in crisis, including those suffering mental problems or the effects of drug use, and how to use de-escalation techniques to calm them down.

Sergeant Ker Yang, the Minneapolis police official in charge of crisis-intervention training, said officers are taught to “slow things down and re-evaluate and reassess”.

Records show Chauvin also underwent training in the use of force in 2018. 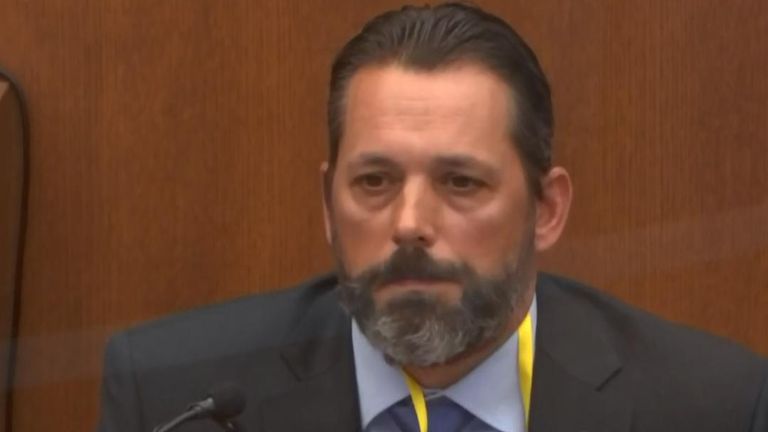 Asked by prosecutors whether Chauvin had an obligation to take Mr Floyd’s distress into account as he was considering what level of force to use, Mr Stiger replied: “Absolutely. As the time went on, clearly in the video, you could see that Mr Floyd’s … health was deteriorating.

“So at that point, as a officer on scene, you have a responsibility to realise that, ‘OK, something is not right,'” Mr Stiger continued.

“‘Something has changed drastically from what was occurring earlier.’ So therefore you have a responsibility to take some type of action.”