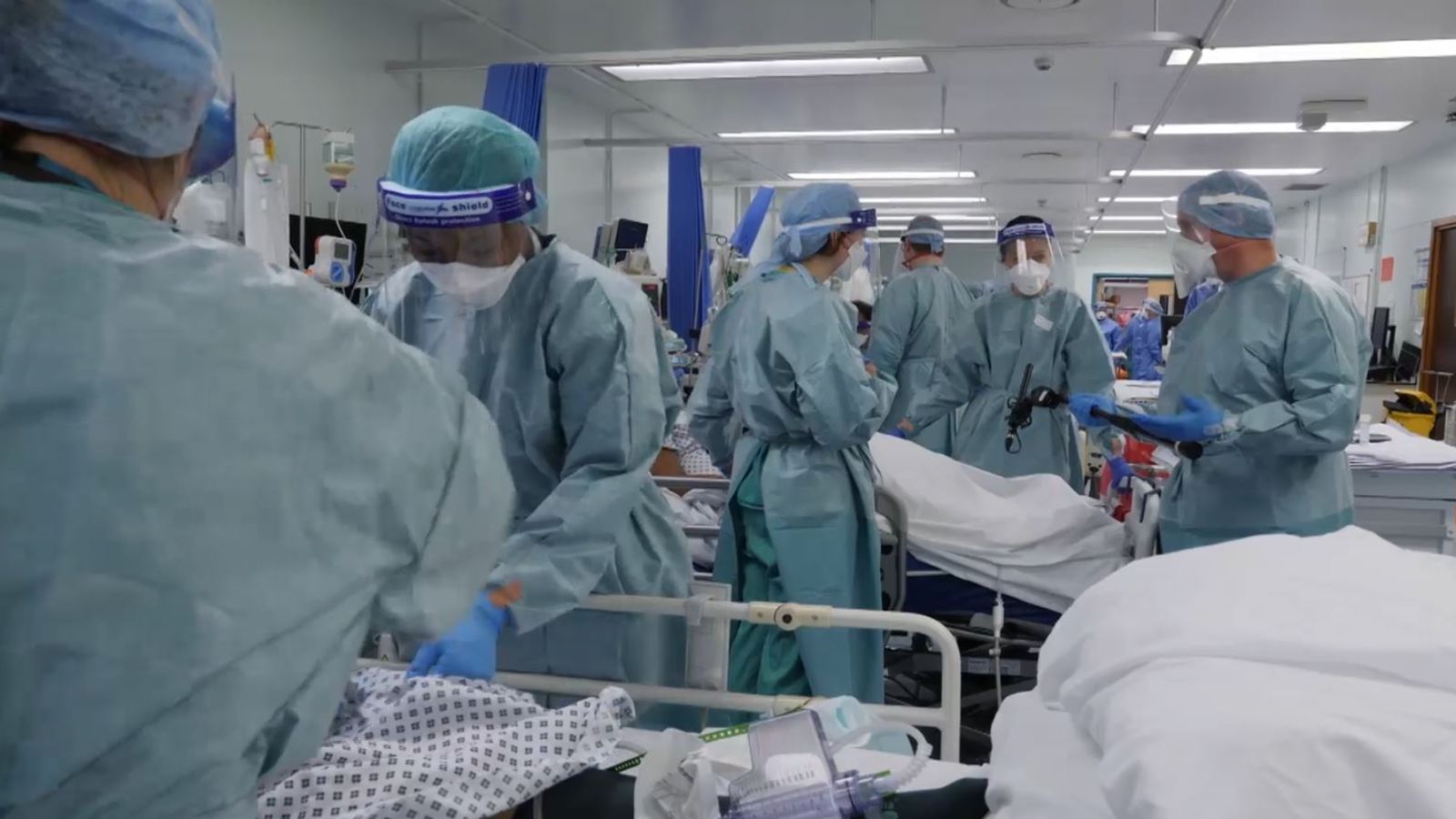 It will take five years for some hospitals to catch up with the backlog of patient care caused by the coronavirus pandemic, NHS Providers has warned.

The trusts in England worst impacted by the crisis are between three and five years away from returning to pre-COVID levels, according to the association.

It also claims that COVID-19 has resulted in the biggest backlog of care in England for 20 years – and says it is a “very significant problem” that hospital trusts are still assessing the extent of.

The most recent data from NHS England showed that 4.7 million people were waiting to start treatment at the end of the February, which is the highest figure since records began in 2007.

Almost 400,000 patients were waiting more than a year to start cancer treatment then as well – the highest monthly figure since December 2007.

Delays in care do not just refer to planned surgery and cancer treatment, but also mental health and community services.

Health bosses say they need a “multi-year” plan to address the backlog, with chief executives urging the government to go beyond current targets.

This would include more hospital beds, medical equipment, doctors and nurses as well as vast improvements in diagnostics and trauma care, NHS Providers said.

They also say hospitals need to be completely reconfigured to cope with further potential waves of coronavirus.

It comes after a row over medics’ wages, with many claiming they will leave the profession, causing catastrophic staff shortages, if the government doesn’t improve salaries across the board.

Prime Minister Boris Johnson has insisted the government will ensure the NHS has what it needs to tackle waiting lists.

“We do need people to take up their appointments and to get the treatment that they need,” he said this week.

“We’re going to make sure that we give the NHS all the funding that it needs, as we have done throughout the pandemic, to beat the backlog.”