An investigation is being demanded into how Boris Johnson funded the refurbishment of his Downing Street flat following incendiary claims by his former chief adviser Dominic Cummings.

In a bombshell blog post, Mr Cummings accused his former boss of plotting an “unethical, foolish, possibly illegal” plan to get Tory donors to secretly bankroll the work.

Labour leader Sir Keir Starmer has declared that “it stinks”, while a former Tory government law officer has also waded into the row calling for transparency and branding Mr Johnson “a vacuum of integrity”.

The government said for the first time on Friday that the prime minister paid for the revamp, reported to have cost £200,000, out of his own pocket.

But critics argue Mr Johnson needs to explain how he got the money in the first place to pay for the overhaul overseen by his fiancee Carrie Symonds, and whether there were any conflicts of interest, coming amid the continuing lobbying scandal at Westminster.

Meanwhile, the Electoral Commission has said it is still seeking answers from the Conservative Party over whether any sums relating to the work should have been declared under the law on political donations.

As Labour pressed for an inquiry into the allegations, Sir Keir said: “It matters. It is about integrity, it is about taxpayers’ money. Every day there is more evidence of this sleaze. Frankly, it stinks.

“Sunlight is the best disinfectant.”

Former chairman of the Committee on Standards in Public Life Sir Alistair Graham told Sky News: “I’ve always taken the view on house refurbishments, that you have the money in the bank first before you start the refurbishment.

“So this seemed a very odd way of going about refurbishing a flat, having the refurbishment done at considerable cost and then rushing around trying to find suitable people to pay for it.

“I’m sure people will want to see the actual receipts of him having paid for this because there clearly was a strong story around earlier on that he was looking for donors to the Conservative Party to pay for this.”

Conservative former attorney general Dominic Grieve, a long-standing critic of Mr Johnson, said: “The fact is that he did get, I think it has become quite clear, a significant gift towards the refurbishment of the flat.

“My impression is there has been constant wriggling about the source of the money for this refurbishment.” 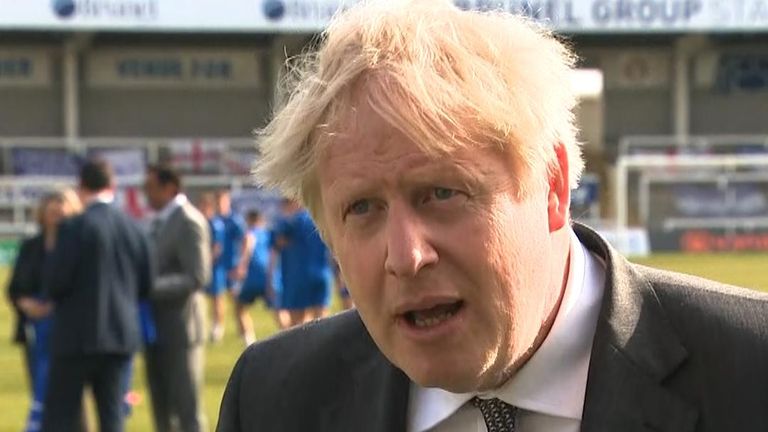 Backing calls for an inquiry, Scottish First Minister Nicola Sturgeon said: “The stench of sleaze that is surrounding this UK Tory Government is becoming quite overpowering.”

The explosive claim by Mr Cummings was part of a wide-ranging attack after No 10 sources briefed newspapers the former aide was the source of a number of damaging leaks – including text messages exchanged between the prime minister and the entrepreneur Sir James Dyson about tax.

It follows Mr Cummings’ dramatic departure last year from No 10 amid the fallout of a bitter internal power struggle with Ms Symonds.

In his blog post, Mr Cummings accused Mr Johnson of seeking to stop an inquiry into the leak of plans for a second coronavirus lockdown after he was warned Henry Newman, a close friend of his fiancee, had been identified as the so-called “chatty rat”.

On Friday, the prime minister denied trying to block the leak inquiry, saying the public could not “give a monkey’s” about such matters.

On the refurbishment of the flat, Downing Street said the government and ministers had “acted in accordance with the appropriate codes of conduct and electoral law” throughout.

However, the Electoral Commission said that a month after it first revealed that it had contacted the Tory Party over a reported £58,000 donation in relation to the flat, those talks were still continuing.

According to a leaked email obtained by the Daily Mail, the Tory peer Lord Brownlow wrote to the party’s head of fundraising last October informing him that he was making a donation.

He said that it included “£58,000 to cover the payments the party has already made on behalf of the soon to be formed ‘Downing Street Trust’ – of which I have been made chairman, as you know,” he wrote.

To date, no such trust has been formed.