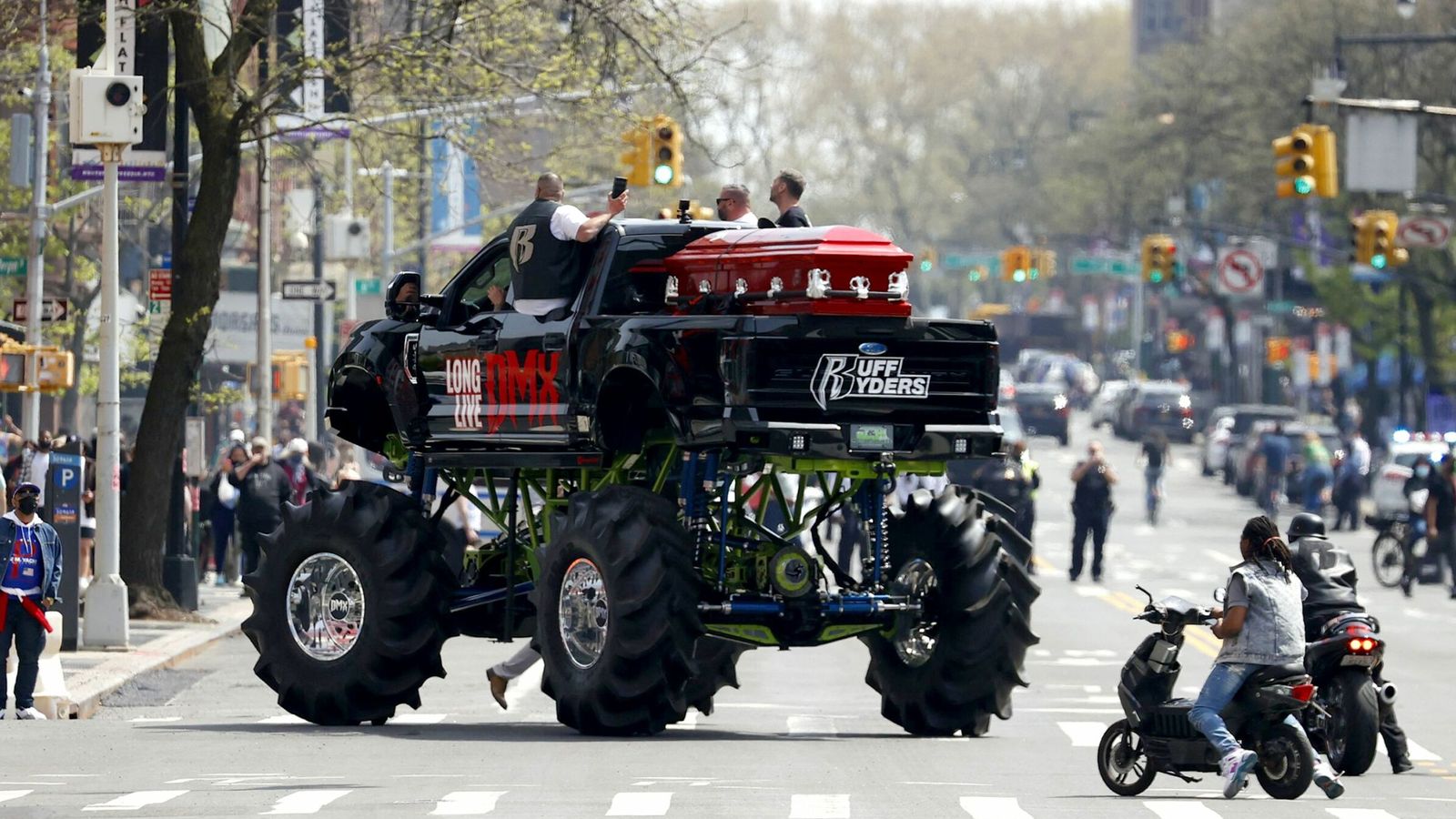 A monster truck has carried the casket of rapper DMX to a memorial service in New York.

The big-wheel truck had the words “Long Live DMX” painted on the side and carried his shiny red casket from Yonkers to Brooklyn.

Thousands of motorcycles also made the journey, with thousands of people watching from the streets.

The service was open only to family and close friends but was streamed on YouTube for members of the public.

Speakers included friends Swizz Beatz and Nas, as well as his daughter, who rapped, while Kanye West and Busta Rhymes were among other attendees at the two-hour ceremony.

DMX’s 15 children also gathered on stage to talk and rap about their father.

“This man deepened my ability to love.”

“What he wants you to do is love Jesus the same way he did. Love his babies. Love his family.”

The 50-year-old, whose real name was Earl Simmons, had been admitted to intensive care in New York on Friday 2 April and was placed on life support.

He died a week later after a “catastrophic cardiac arrest”.

In a statement announcing his death, his family said relatives had been by his side and described him as “a warrior who fought till the very end”.

DMX was signed by Columbia Records in 1992 and released his first album, It’s Dark And Hell Is Hot, in 1998.

His most recent public appearance was alongside Snoop Dogg in a Verzuz Battle (an online DJ battle) – watched by more than 500,000 people.

As an actor, he starred in the 1998 film Belly and appeared in 2000’s Romeo Must Die with Jet Li and Aaliyah. DMX and Aaliyah teamed up for Come Back in One Piece on the film’s soundtrack.

But over a period of 10 years he was repeatedly arrested and jailed, and he suffered with a drug addiction.

At the memorial, Cynthia Roberts, 57 and from Brooklyn, said she had been a fan of DMX since his Ruff Ryders days.

She called the rapper’s music “timeless”, adding: “He was a true guy. He spoke his truth. He touched my soul.

“I tell myself he was put here for that. We all have a job to do, and he did his job.”

His funeral service will be held on Sunday afternoon.