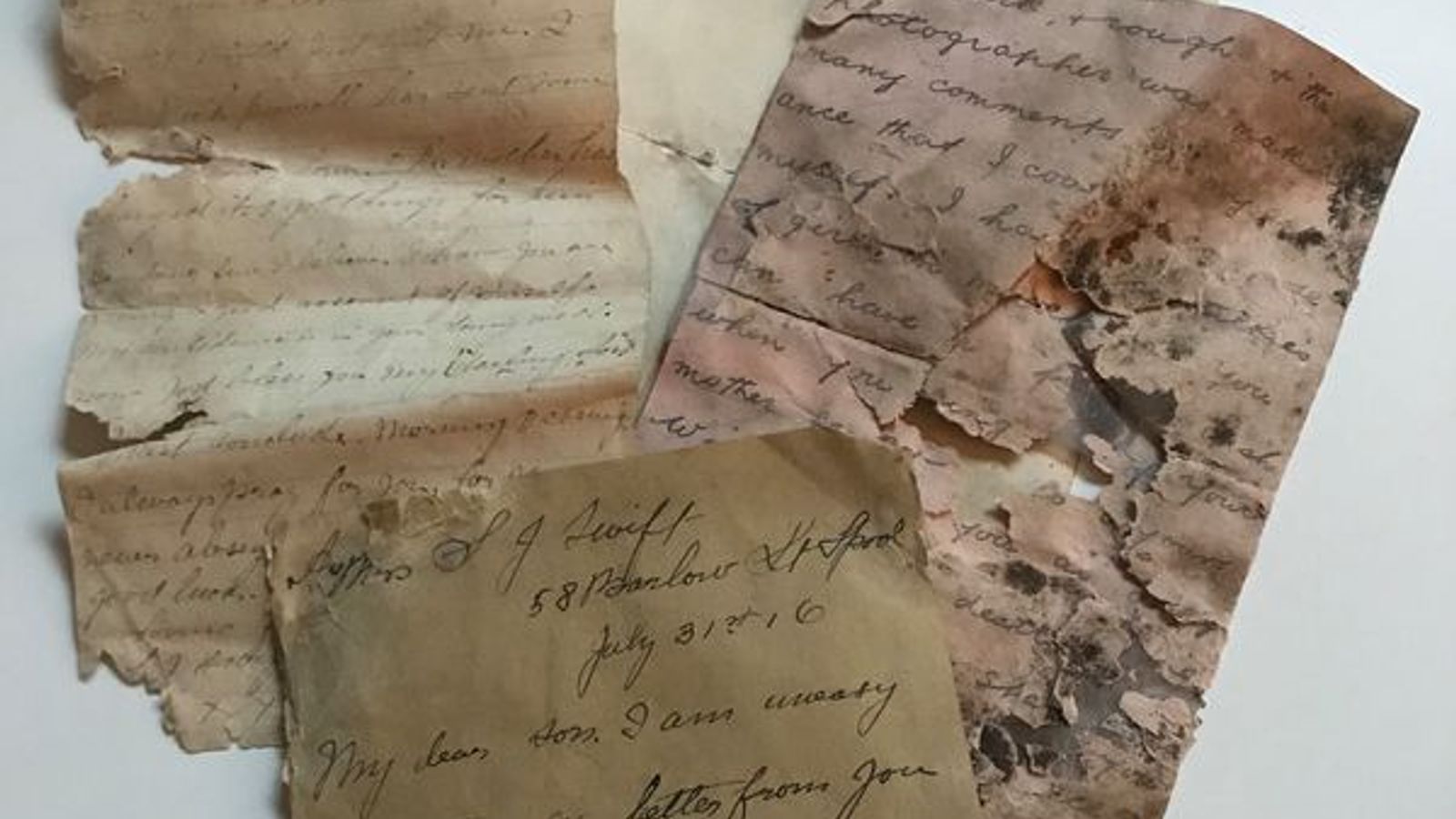 A French couple who uncovered letters sent to an English WW1 soldier have made contact with his great-great-nephew after a social media appeal.

The letters to lance corporal William Swift, who signed up underage at 16 in 1914, had been hidden for more than 100 years, when workers renovating the couple’s home found them under the floorboards.

The heartfelt messages from the parents of Liverpool-born Swift enquired how their son was doing and whether he had received their last parcel.

And after making the discovery, Mathilde Bernardet, the owner of the apartment in Noeux-les Mines, did months of research, but the young lance corporal’s family proved elusive.

As a last resort, with the help of World War One memorial organisation, Memorial 14-18, she posted a plea on Facebook.

Within hours, they had gathered enough information to be make contact with his great-great-nephew.

The plan is now to organise a meeting – and return the letters to Mr Swift’s descendants.

However, the historic discovery could have completely disappeared in the rubbish – as workers renovating the home, not realising their significance, had initially put the documents in the bin.

Luckily, an English teacher and his wife who run a business below the apartment recovered them, alongside some ammunition and an oiler which was used to lubricate the weapons.

After reading the letters, a name and address could be identified: SJ Swift in Liverpool. These were the initials of L/Cpl Swift’s mother, Sarah Jane Swift.

Then, with the help of a volunteer genealogist and all the Facebook pointers, contact was made with Mr Swift’s great-nephew.

It’s believed he signed up for the Royal Lancaster Regiment by lying about his age. He died in 1917, aged 19.