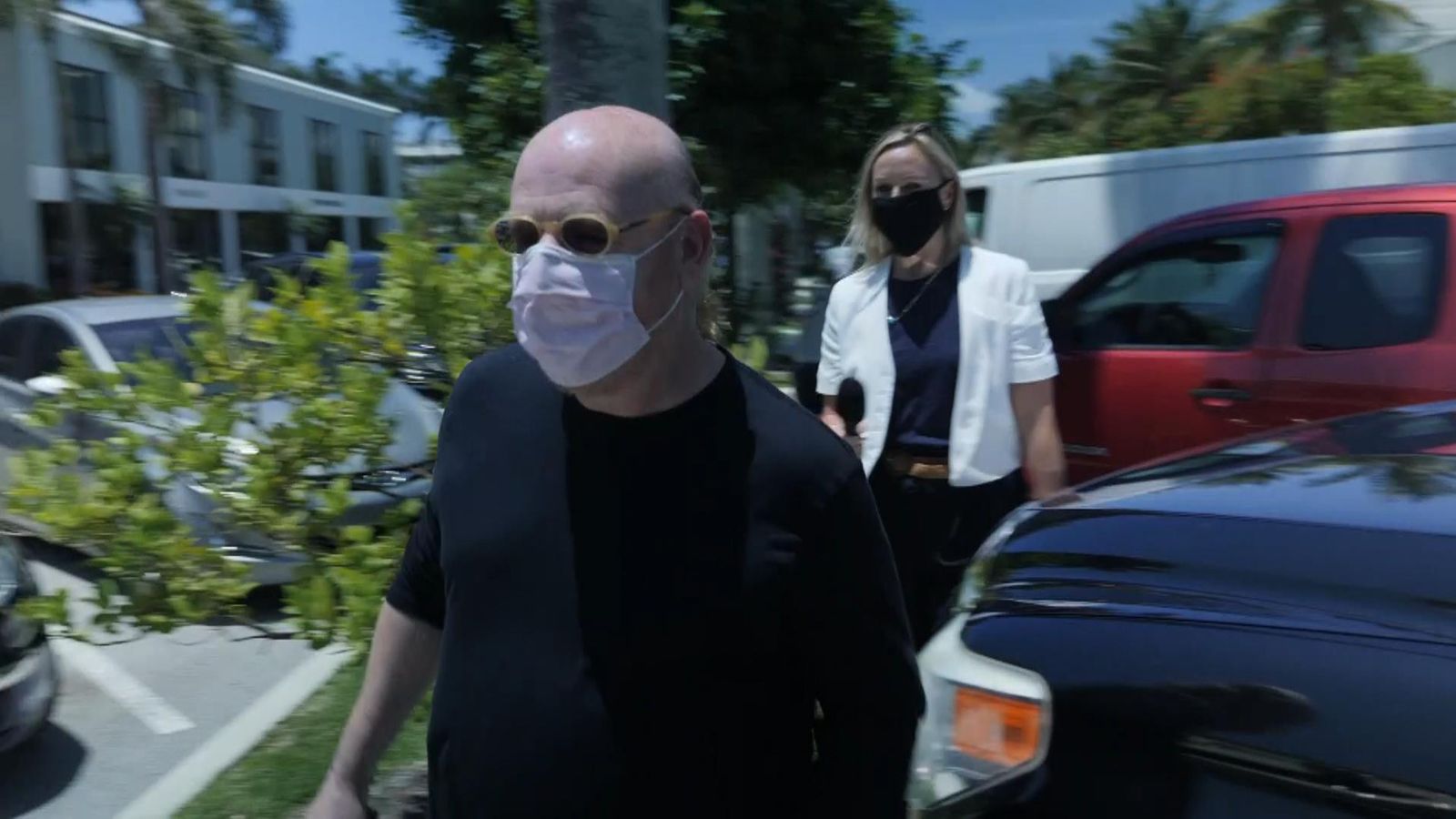 A member of the American family that owns Manchester United has refused to apologise to fans over the disastrous attempt to form a breakaway European Super League.

Sky News US correspondent Sally Lockwood caught up with Avram Glazer in Florida and offered him the chance to address supporters’ concerns, saying: “This an opportunity for you – an apology perhaps?”

Mr Glazer was then asked if it was time for his family to sell the club, and if United fans were “just customers to you”.

Four thousand miles away from Manchester in Palm Beach, Mr Glazer was also asked if he had anything to say to the supporters.

But, after buying some groceries, Mr Glazer, in sunglasses, refused to engage and drove off without saying anything.

There has been growing anger among supporters since Manchester United joined 11 other clubs in signing up for a European Super League last month.

Such was the ferocity of the backlash that it collapsed within 48 hours.

There has always been opposition to the Glazer family’s ownership of Manchester United since they bought the club 16 years ago, but the relationship now feels toxic.

The Manchester United supporters’ trust has written an open letter to Mr Glazer’s brother, Joel, asking for dialogue and demanding a response by Friday

They say no member of the family has “ever had so much as a conversation” with them and frustration reached “boiling point” on Sunday.

The billionaire enclave of Palm Beach feels a world away from Manchester.

Avram Glazer appears to lead a rather private and reclusive lifestyle but fans are now demanding engagement and dialogue with their billionaire owners.