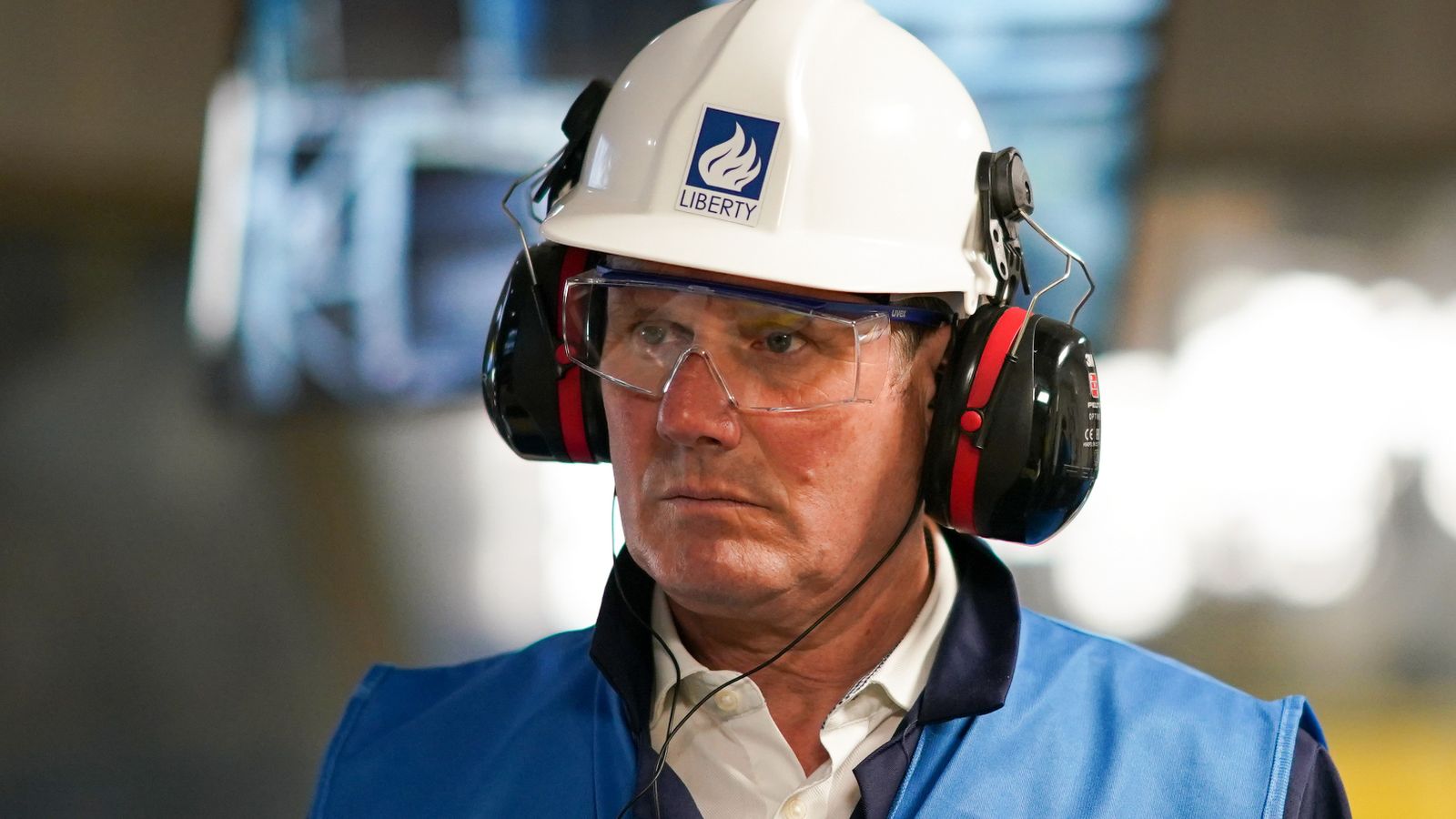 Sir Keir Starmer has admitted Labour still have “a mountain to climb” to win back voters ahead of this week’s local elections – as some polls showed his party behind the Conservatives in key races.

On Thursday, people in England, Scotland and Wales will head to the polls in a bumper set of elections with many of them postponed since 2020 due to the COVID pandemic.

It will be the first electoral test of Sir Keir‘s leadership of Labour, since he became head of the party last April, while voters will also give their verdict on Boris Johnson‘s Conservatives following their handling of the coronavirus crisis.

Ahead of what has been dubbed “Super Thursday”, some polls published on Tuesday showed Labour trailing the Tories in prominent contests.

With days left until a Westminster by-election in Hartlepool, a Survation poll put the Conservatives on 50% – 17 points ahead of Labour in a seat it has held since it was created in 1974.

The seat was one of the few “Red Wall” strongholds that Labour managed to hold on to at the 2019 general election, although the Tories will be hoping a collapse in support for the Brexit Party will help them take the constituency this time round.

And the same pollsters also showed the Tories’ Ben Houchen would retain his Tees Valley mayorship in the face of Labour’s challenge from their candidate Jessie-Joe Jacobs.

A YouGov survey published at the weekend also suggested Labour could lose seats in local councils to the Conservatives in “Red Wall” council areas.

Asked about recent disappointing polling for this party, Sir Keir told Sky News that his party had “a mountain to climb” since their “devastating” defeat at the general election.

“There’s no getting away from the fact we lost the last general election in December 2019 very badly – the worst loss we’ve had since 1935,” he said.

“My job as leader of the Labour Party is to rebuild our party, reconnect with the public, rebuild trust – that will take time.

“But the most important thing is that I make it clear that I understand every vote has to be earned, it’s why I’ve been across the UK talking to people in different communities.

“I’ve been in Hartlepool three times talking about the jobs of the future, the things that really matter.

“It’s a mountain to climb, but we’re climbing it.”

“We are fighting for every vote into this election on Thursday, earning every vote,” he added.

“That’s why I’m out pretty well every hour of daylight fighting for those votes alongside the team we’ve got.

“We’ll go into Thursday with a very positive message about the change we want to make for our country for the better and indicating that this is the first step towards that change.

“The job of rebuilding the Labour Party was never going to be completed in a year or so, I don’t think anybody realistically thought that.

“But these are a very, very important set of elections for us.”

Much of the recent polling took place before last week’s announcement that the Electoral Commission had launched a formal investigation into the prime minister’s refurbishment of his Downing Street flat.

The fresh scrutiny of how and when Mr Johnson’s revamp had been paid saw opponents launch a fresh attack on Conservative “sleaze”.

But International Trade Secretary Liz Truss downplayed the impact of recent allegations regarding Mr Johnson on this week’s elections.

She told Sky News: “I’ve been out campaigning in the elections across the country and what people want to know is… ‘what are my opportunities going to be, how fast is the government getting on with the vaccination programme?’.

“We just had the announcement yesterday that we’ve done 50 million vaccines across the UK.

“They want to know we are on track with our roadmap for getting out of the COVID lockdown.

“That is what people are concerned about and I think these allegations and counter-rumours from what’s going on in Number 10 are of very, very little interest to people across the country.

“What they want to know is how we’re dealing with COVID, how the vaccination programme is going, and how we’re building jobs and growth.”