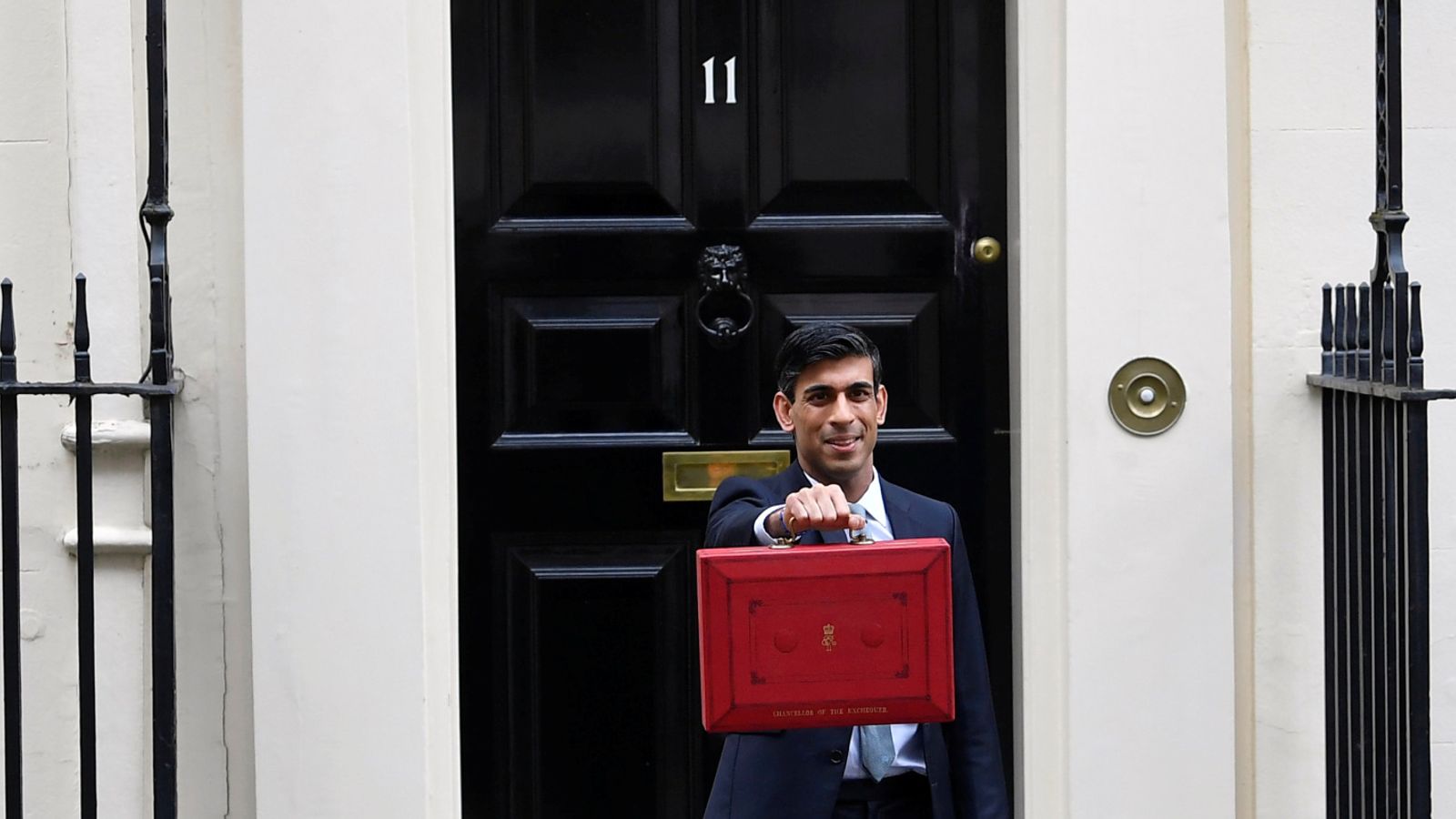 When Rishi Sunak stands up to deliver his budget and three-year spending review on Wednesday it will be his first real opportunity to set the tenor of his chancellorship unencumbered from the immediate crisis of COVID – although the fall-out of this pandemic will undoubtedly loom large.

It will make a change for a chancellor who has spent his first 20 months in office embroiled in the biggest public health crisis seen in a century, which in turn triggered an economic crisis that has left the public debt – borrowing accumulated over time – at about 95% of GDP, the highest level in more than 50 years.

Having guided the country through the past 18 months, spending hundreds of billions to prop up public services, people’s pay packets, and businesses, the chancellor is now focused on the post-pandemic rebuild. 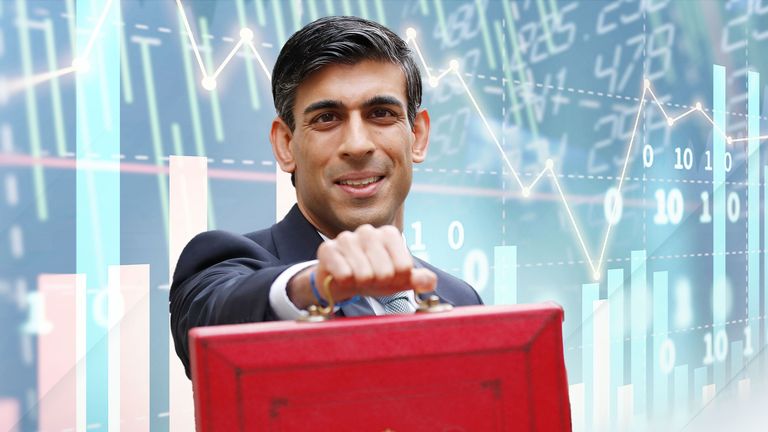 What can we expect from the budget?

On Wednesday, Mr Sunak will set out on that journey in his first-ever joint budget and Spending Review, in which he will set the ‘spending envelope’ – how much total government spending will be over the next three years – as he divides up funds between different departments.

A big set piece event, government ministers and economists are not expecting a big tax and spend budget, those decisions have already been taken: Prime Minister Boris Johnson has only just announced a manifesto-busting £12bn hike in national insurance to fund the NHS and social care, while Mr Sunak lifted corporation tax and the freezing of personal allowances in the March budget.

“This is the third big fiscal event of the year. We’ve already had a budget and huge tax rises, so it’s highly unlikely we’ll see the raising of any taxes,” said Paul Johnson of the Institute of Fiscal Studies.

“We don’t expect to see a cut in spending, but a lot of departments will still have less to spend, not least because spending on the NHS keeps taking a big slice of pie.”

Government insiders say all departments will see an increase in their day-to-day budgets in real terms, but eyes will be on how unprotected areas of government – the Ministry of Justice, the Home Office, local government – fare in terms of their spending settlements, given that more than 40% of spending overall is now funnelled into the NHS and social care.

But if this is not to be a headline-grabbing budget, allies hope it will be the moment in which this war-footing chancellor finally gets to show his peacetime approach to the job is reforming and fiscally responsible.

Mr Sunak cites Nigel Lawson – the Thatcher-era chancellor who reduced the top rate of income tax from 83% to 40% – as the predecessor from whom he draws inspiration.

“He doesn’t want to be driven just by events,” says one ally.

“He wants to be a reformer and come out of this crisis with fresh eyes about how the Treasury might do things better.”

Business rate reform on the back-burner

To that end, the chancellor is expected to announce a simplification of alcohol duties in this budget, halving the 15 different bands of duties to simplify taxes.

It will be billed as totemic of Mr Sunak’s desire to reform and simplify the tax system as well as a post-Brexit opportunity – the UK can do this because it’s no longer bound by EU directives on alcohol taxation.

What he won’t do this time around however is reform business rates, delaying again the fundamental overhaul of the system promised in the Conservative Party’s 2019 manifesto and followed up by a review in Spring 2020.

Allies say Mr Sunak does want to reform the system, and level up between bricks and mortar businesses and virtual ones – he is considering whether to introduce an online sales tax – but has decided to push business rates reforms into next year.

One ally said the reality is that the chancellor hasn’t had the time to do the work on what is a policy-dense and politically fiddly policy area. It will no doubt disappoint businesses, and the chancellor’s ability to overhaul the system before the next election will become a test of how much of a reforming chancellor he really is.

Mr Sunak will also use the budget to build on his conference speech as he stresses again the need for fiscal responsibility – his slogan for the speech will be along the lines of ‘responsible choices for a stronger economy’.

The chancellor has set current spending plans around an ambition to stop borrowing to fund day-to-day spending within three years, and the expectation is that he could use the budget to set out formal rules to rein in government borrowing in order to demonstrate fiscal discipline ahead of the next election.

But this budget is more than just an opportunity for Mr Sunak to signal he is both a reformer and fiscally disciplined, he will also use this moment to reiterate the prime minister’s amorphous levelling-up agenda.

England’s city regions will receive £7bn for transport improvements as the chancellor looks to improve services for those living in Greater Manchester, the West Midlands and South Yorkshire.

Decisions on the future of the High Speed 2 rail line from London to northern England and an upgrade of the trans-Pennine line from Leeds to Manchester (dubbed HS3) will be made after the budget, when the Integrated Rail Plan is announced. 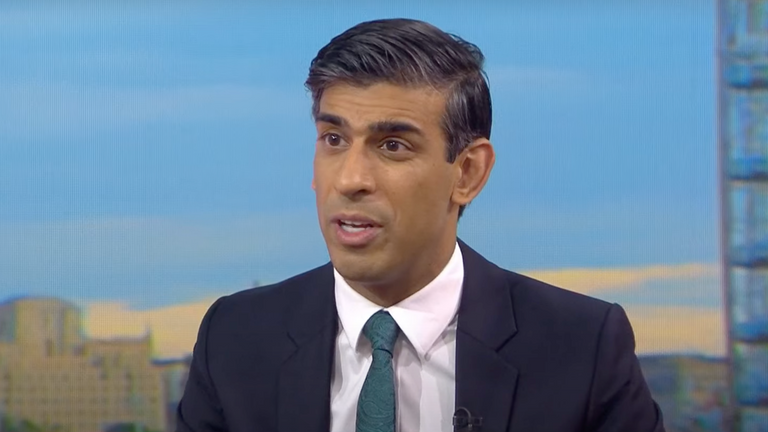 Is there going to be HS2 extension into Leeds?

If you asked the chancellor what most worried him about the coming months, I suspect COVID would inevitably loom large.

The risk of a new COVID variant could put the country, and the economy, back on its heels – and even if the gloomiest scenario doesn’t come to pass, what is more certain is that this chancellor is living with uncertainty.

Supply chain shortages, inflation, rising prices, and the possibility of rising interest rates: it is a fiendishly complicated and volatile landscape upon which to build a post-COVID recovery.

While the prime minister told Sky News last month that fears over inflation have proved “unfounded”, it is thought that the chancellor and other cabinet ministers are very worried about inflationary pressure and the knock-on effect it could have on the cost of living, interest rates and public finances, as a 1% interest rate rise increases government debt repayments by £21bn a year – equivalent to the entire defence budget.

“It’s unpredictable at the moment,” says the IFS’s Paul Johnson.

“The fiscal outlook is so dependent on what the OBR forecast the economy will be in three years time, but determining what he’s got to spend because of fiscal rules, comes with huge uncertainty.

“Even ignoring COVID we don’t really understand where the economy is at the moment. And in addition, we don’t know whether COVID will peter out or cause more problems, so he is fighting in fog.”

A chance then this week for the chancellor to set out the principles that will guide him. But the path ahead is still too hard to tread with any confidence.

ESPN FC 100: Messi, Lewandowski among No. 1s; Premier League most represented
Mississippi abortion case will have enormous ripple effect for women across the US
EU fines banks including Barclays, NatWest and HSBC £293m over ‘Sterling Lads’ currency cartel
How the spread of Omicron went from patient zero to all around the globe
‘It is paralysing’: Terminated pregnancy and pensioners forced to work as hundreds count costs of cladding crisis