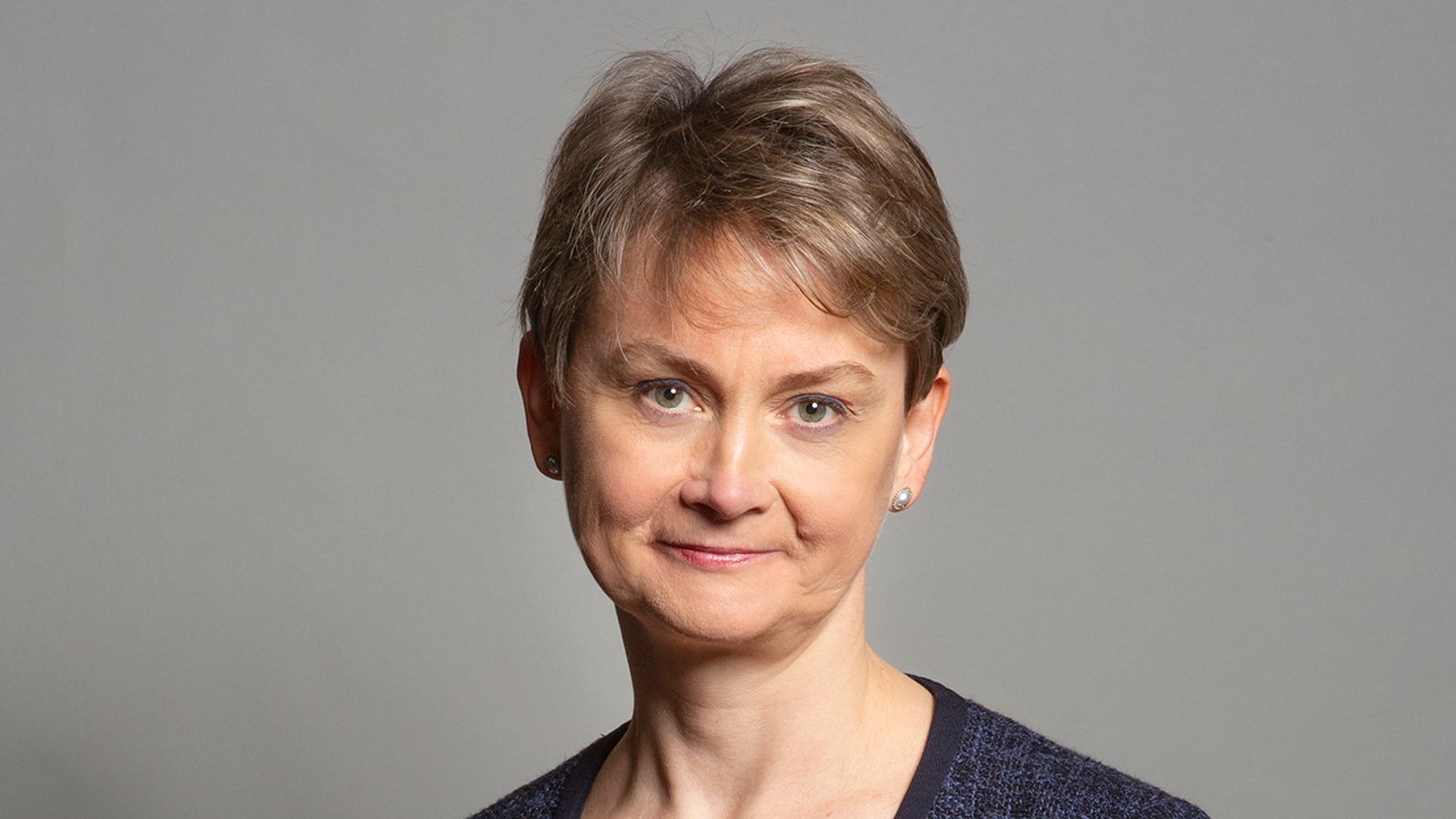 Yvette Cooper is elevated to shadow home secretary while Lisa Nandy will move from shadow foreign secretary to the levelling up brief as Labour leader Sir Keir Starmer reshuffles his cabinet.

Ms Cooper, who held the home affairs brief previously from 2011 to 2015 under former Labour leader Ed Miliband, will depart her current role as chair of the influential Commons home affairs select committee in returning to the shadow cabinet.

Ms Nandy will now shadow Levelling Up Secretary Michael Gove, while David Lammy has been promoted into her former shadow foreign secretary role from the justice brief.

Others who have been boosted to more prominent positions in Sir Keir’s top team include Wes Streeting who moves to shadow health secretary and Bridget Phillipson who will transfer from shadow chief secretary to the Treasury to shadow education secretary.

Meanwhile, Jonathan Ashworth, who has had the health brief through the pandemic, moves to shadow work and pensions secretary and said he was “excited” for the new role.

Former holder of the education brief Kate Green has been removed from the shadow cabinet alongside the previous shadow Wales secretary Nia Griffith and former environment secretary Luke Pollard.

• Pat McFadden as chief secretary to the Treasury

• Angela Smith as shadow leader of the House of Lords

In a statement, Sir Keir said: “With this reshuffle, we are a smaller, more focused shadow cabinet that mirrors the shape of the government we are shadowing.

“We must hold the Conservative government to account on behalf of the public and demonstrate that we are the right choice to form the next government.”

The Labour leader said he is “delighted” to have appointed Ms Nandy to the foreign affairs brief, adding that “there will be nobody better than Lisa to lead this work”.

Meanwhile, Mr Miliband “will lead in the shadow cabinet to develop Labour’s extensive plans for net zero in a first term Labour government, and hold the government to account for its failure to take action”, Sir Keir said.

The reshuffle comes six months after Sir Keir‘s last refresh of his shadow cabinet, in the wake of a mixed night for Labour in May’s elections across the UK.

Posting on social media, Mr Lammy said he was “honoured” to be appointed shadow foreign secretary and praised his predecessor Ms Nandy for “holding the Tories’ feet to the fire”.

“Honoured to be appointed shadow secretary of state for foreign, commonwealth & development affairs. At a time when Britain is recasting itself on the world stage, I look forward to setting out Labour’s vision for a values-led foreign policy based on cooperation & internationalism,” Mr Lammy said.

“This year the NHS saved my life and staff across health and social care are getting us through the worst pandemic in living memory. Labour created the NHS. We’ll make it fit for the future.”

Earlier this year, Mr Streeting was diagnosed with kidney cancer and had a kidney removed.

Some have suggested the shake-up came about quite abruptly.

Speaking earlier on Monday morning at an event in Westminster amid swirling reshuffle rumours, Labour deputy leader Angela Rayner said: “I don’t know the details of the reshuffle or the timing of it, I’ve been here concentrating on my role now.

“But six months ago I said again we need some consistency in how we’re approaching things as an opposition. I want us to see us as a government in waiting, I want us to do that job.”

Sky’s political correspondent Kate McCann reported that Ms Rayner did get a call from Sir Keir on Monday morning to say she would keep her role, but was not given any detail or consulted about the reshuffle itself.

Posting on social media, Mr Lammy said he was “honoured” to be appointed shadow foreign secretary and praised his predecessor Ms Nandy for “holding the Tories’ feet to the fire”.

“Honoured to be appointed shadow secretary of state for foreign, commonwealth & development affairs. At a time when Britain is recasting itself on the world stage, I look forward to setting out Labour’s vision for a values-led foreign policy based on cooperation & internationalism,” Mr Lammy said.

While announcing her departure from Sir Keir’s shadow cabinet, Ms Smith tweeted out a copy of a letter she had sent to the Labour leader, warning Sir Keir of the “damage” being done by Jeremy Corbyn remaining suspended from the Parliamentary Labour Party.