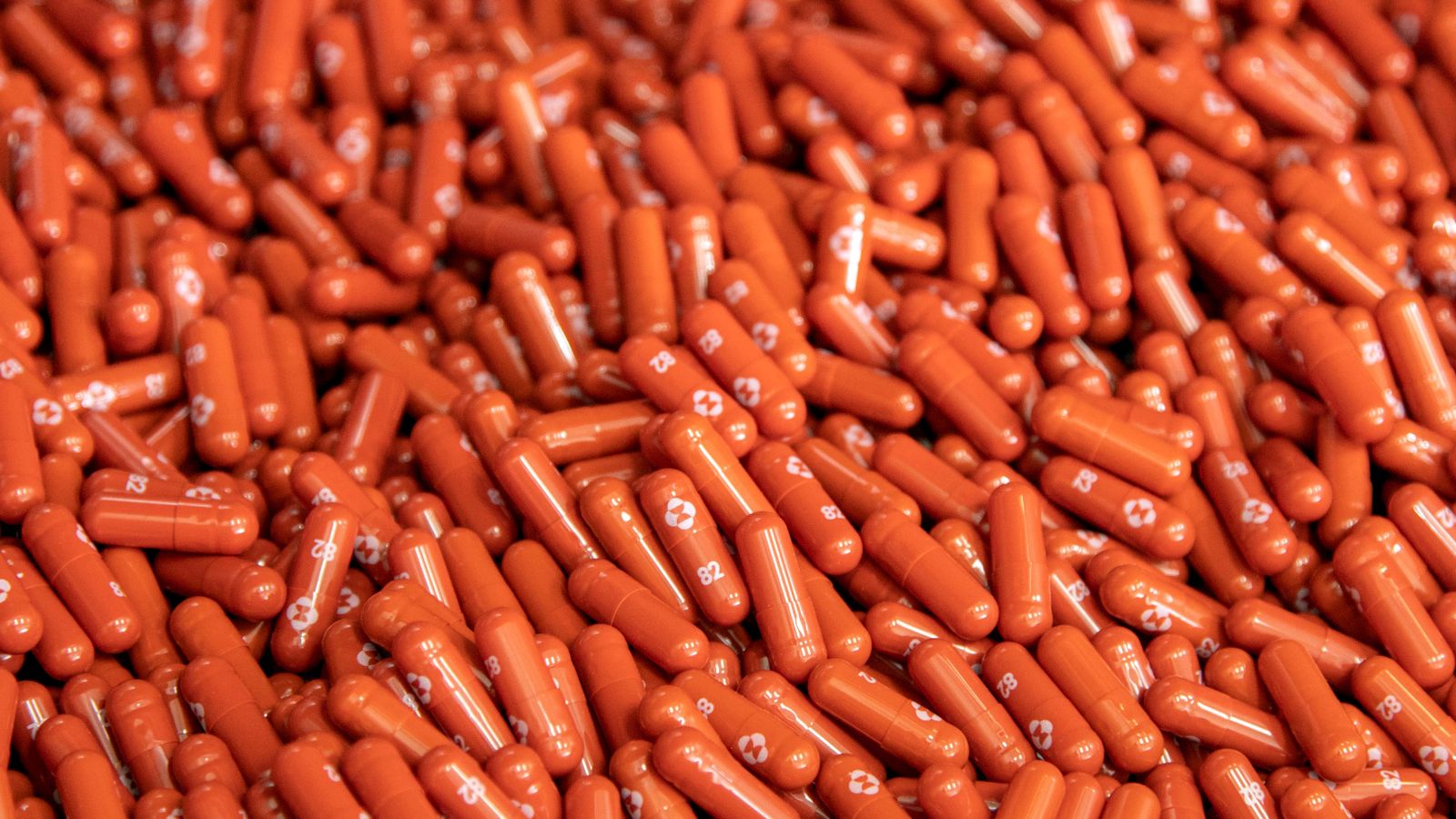 The NHS is planning to roll out a “game-changing” anti-viral pill that people who have tested positive for coronavirus can take at home.

Molnupiravir, sometimes known as Lagevrio, could be offered to the most vulnerable patients by Christmas, according to the Sunday Telegraph.

Health Secretary Sajid Javid is reportedly preparing to announce the start of a national pilot of the drug, which Britain became the first country to approve last month.

Sky News can report that a letter has gone out to local health leaders about the planned rollout. However, a timeframe for the start of the programme has not yet been confirmed.

Molnupiravir can be taken by those who have tested positive for COVID and have at least one risk factor for developing severe illness, such as obesity, being over 60, diabetes or heart disease.

The NHS will reportedly deliver courses of the pill to clinically vulnerable and immunosuppressant patients within as little as 48 hours of them testing positive for COVID-19.

Hospital and GP leaders are said to have been told that the health service will be setting up a series of “COVID medicines delivery units” to help get the drug to patients as quickly as possible once they test positive for the virus.

A patient deemed at high risk of complications from coronavirus would be telephoned by their local COVID-19 medicines delivery unit to be offered the drug after they have tested positive, according to reports.

Most people are expected to be offered a course of tablets to take at home, but some people will reportedly be given the drug intravenously in hospital.

In October, the government announced it had secured 480,000 courses of molnupiravir after a study showed it reduced the rate of hospital admissions and deaths by 50% in patients with mild to moderate symptoms.

The health secretary said the drug “will be a game-changer for the most vulnerable and the immunosuppressed” after the UK became the first to approve it.

Developed by Ridgeback Biotherapeutics and Merck Sharp & Dohme, the drug works by interfering with the virus’s replication.

It inhibits COVID-19 from multiplying, keeping levels low in the body and ultimately reducing the severity of the disease.

The drug should be taken as soon as possible following a positive test and within the first five days, the Medicines and Healthcare products Regulatory Agency advises.