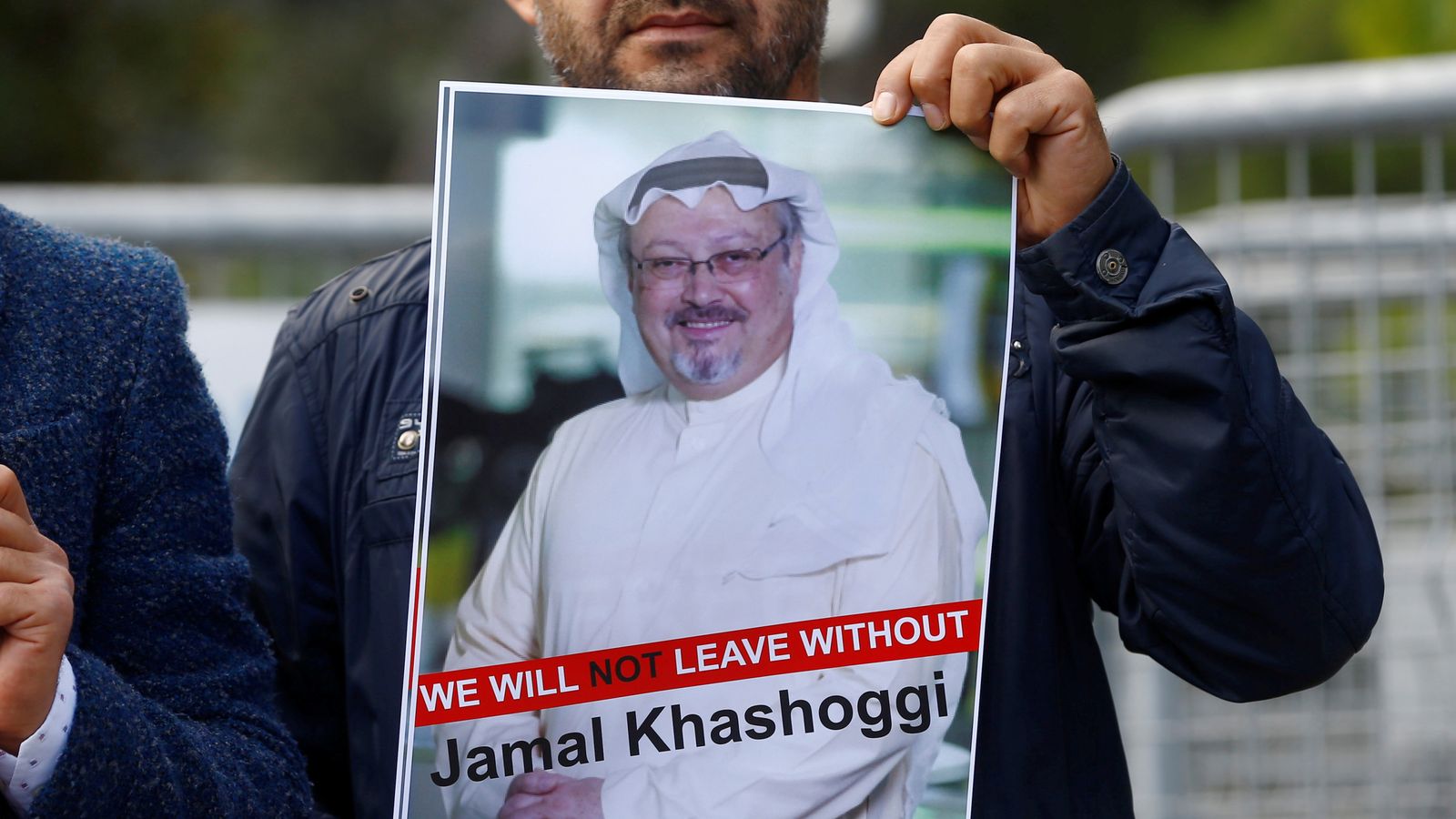 The man detained in Paris over suspected links to the killing of journalist Jamal Khashoggi is thought to be a namesake of the wanted suspect, a Saudi diplomatic source has told Sky News.

France has 48 hours to verify the identity of the man arrested, with the Saudi Embassy calling it a case of mistaken identity.

Named by French law enforcement sources as Khaled Aedh Al-Otaibi, he was arrested as he was about to board a flight to the Saudi capital Riyadh because his passport triggered an alert.

Jamal Khashoggi: How journalist met his death inside Saudi consulate in Istanbul

He has the same name as a former member of the Saudi Royal Guard listed in US and British sanctions documents and a UN-commissioned report as having been involved in Khashoggi’s killing in Turkey.

The Saudi Embassy in Paris said late on Tuesday “the person who was arrested has nothing to do with the case in question” and should be immediately released.

In a statement, the Ministry of Foreign Affairs added: “The embassy would also like to reaffirm that the Saudi judiciary has issued verdicts against all of those who participated in the heinous murder of Jamal Khashoggi and all of them are currently serving their sentences.”

The man was intercepted at the airport on Tuesday morning when his passport triggered an alert based on a Turkish arrest warrant while being scanned.

According to a police source, the authorities have 48 hours from the moment he was arrested at the airport to verify his identity or release him.

French police have his passport details and a picture of rather poor quality based on the Turkish arrest warrant, but no biometric information, the police source noted, adding that they could potentially request more information from Turkey.

Mr Khashoggi was a Saudi-born US resident and a reporter who was a frequent critic of Saudi Crown Prince Mohammed bin Salman.

A 2019 UN report said a 15-member Saudi team were involved in the death of the journalist after he went to the Saudi Consulate in Istanbul to obtain a document to allow him to marry his fiancé.

Recordings suggest Mr Khashoggi’s body was dismembered by a bone saw and partly burnt in a tandoori oven in the garden.

His body was never found.

The report said Al-Otaibi was one of five members of the team who were not in the consulate itself – where the killing reportedly took place – but in the consul general’s residence, where the body was taken.

The crown prince has denied any involvement, but an intelligence report found bin Salman is likely to have approved the operation.