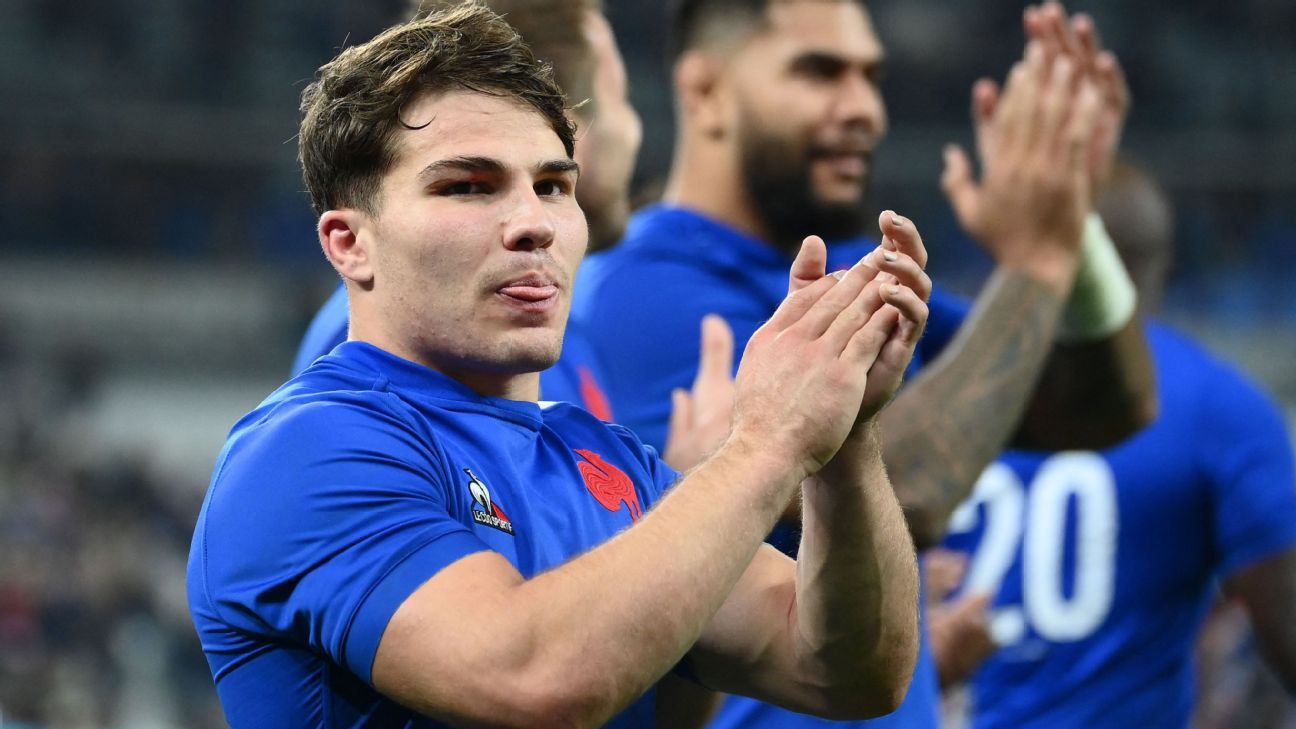 France scrum-half Antoine Dupont has been named World Rugby Men’s Player of the Year, it was announced on Friday, beating out Australia’s Michael Hooper and Samu Kerevi, as well as England’s Mauro Itoje, to the award.

The 25-year-old enjoyed a stunning year, notably completing a superb European Champions Cup and Top 14 double with Toulouse. He also captained France this autumn as they claimed a landmark victory over New Zealand, their first 2009 and first home win over the All Blacks since 2000.

Dupont received two-thirds of the public vote to become the first Frenchman to win the award since Thierry Dusautoir in 2011.

The scrum-half was the only French player to be named in the men’s World Team of the Year, alongside players such as South Africa’s Siya Kolisi, New Zealand’s Beauden Barrett and Wales’ Alun Wyn Jones.