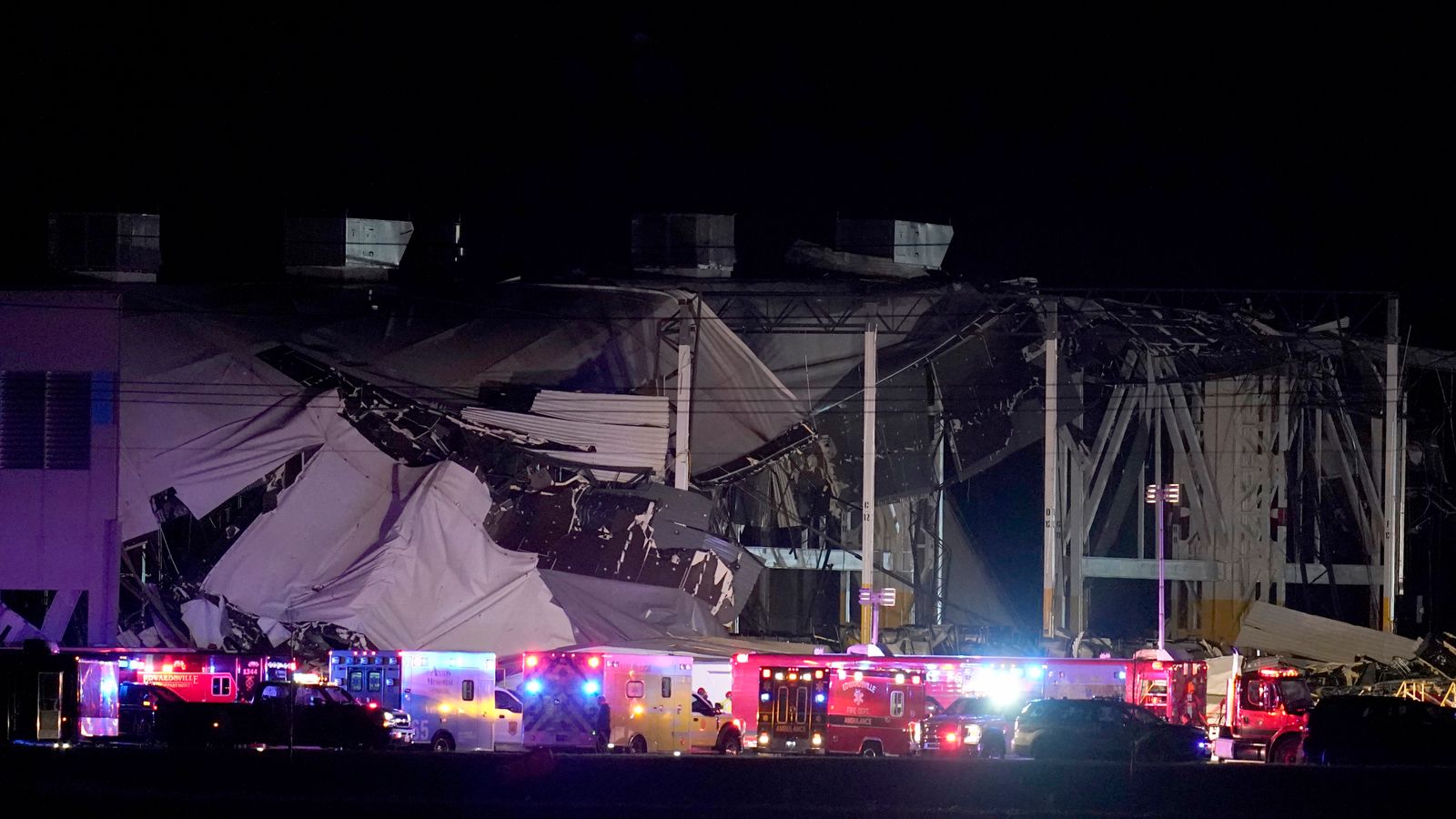 Emergency crews in the US state of Illinois are responding to reports of injuries at an Amazon warehouse after the roof collapsed following bad weather.

Footage from local TV stations showed dozens of emergency vehicles at the Amazon centre near Edwardsville, about 25 miles west of St Louis.

Some 100 employees were believed to have been working the night shift at the time of the collapse, an official told local TV station KTVI-TV.

It was not immediately clear if or how many people were hurt, but the Collinsville, Illinois, Emergency Management Agency called it a “mass casualty incident” on Facebook.

It comes after severe weather – including a thunderstorm and a tornado – ripped through the wider St Louis area.

Winds of up to 70mph were reported in parts of the counties of St Charles and St Louis in Missouri.

At least three St Charles County residents were taken to hospital and several homes in the area near Augusta were damaged.

Further storms were reported in Arkansas, with several places in the Midwest also reporting tornados.

At least one person died died after a reported tornado ripped through a nursing home in Arkansas.

Craighead County judge Marvin Day told The Associated Press that a tornado struck the Monette Manor nursing home at about 8.15pm, trapping 20 people inside as the building collapsed.

Five people had serious injuries, and a few others had minor ones, he said.

“It looks like it’s pretty much destroyed,” Mr Day said of the building. “It happens quick but apparently there was a little bit of time with tornado sirens going off.”

Some residents were found in the basement “and were prepared for this”, he added.

The storms caused additional damage as they moved through Tennessee and into Kentucky.