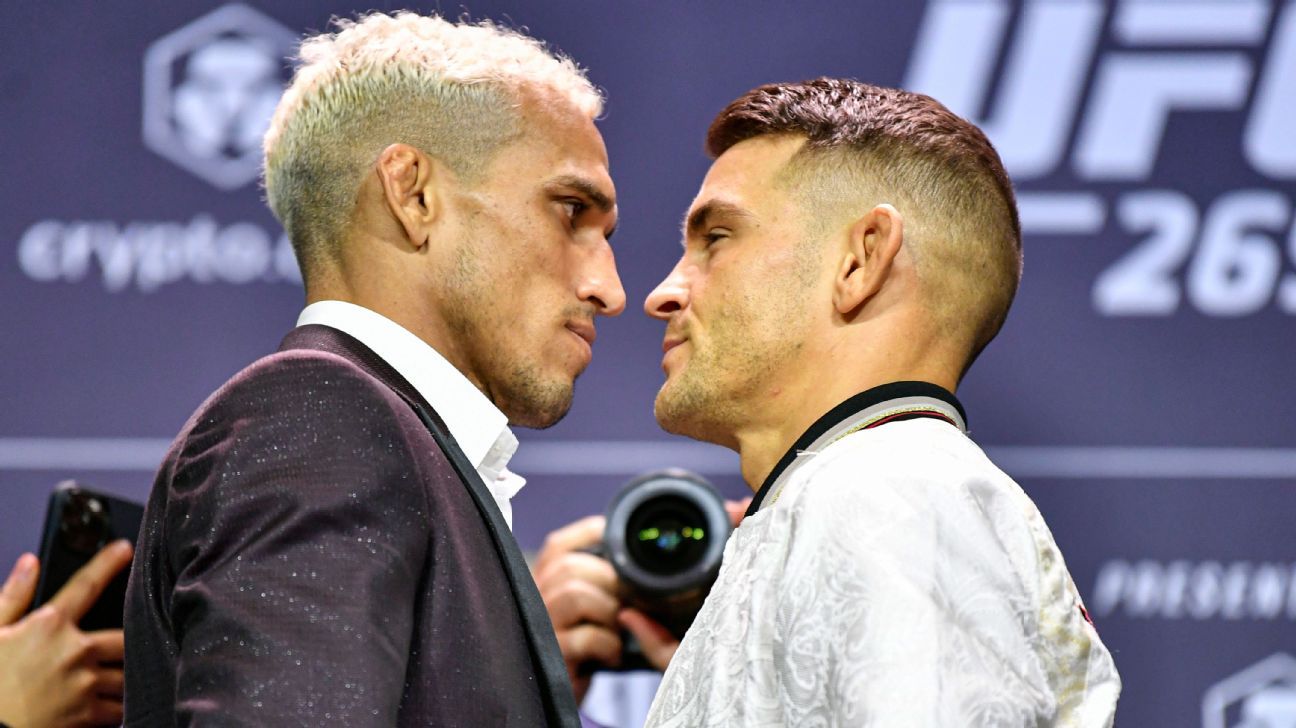 Charles Oliveira has retained his UFC lightweight title, submitting Dustin Poirier by rear-naked choke in Round 3 on Saturday night at T-Mobile Arena in Las Vegas.

The stoppage came at 1 minute, 2 seconds.

Oliveira (32-8, 1 NC), 32, was making the first defense of the vacant title he won when he stopped Michael Chandler via second-round TKO at UFC 262 in May. He is now on a 10-fight winning streak.

Poirier (28-7, 1 NC), a former UFC interim lightweight champ, was coming off back-to-back knockouts of Conor McGregor, the latter a doctor’s stoppage TKO at UFC 264 in July when McGregor broke his leg.